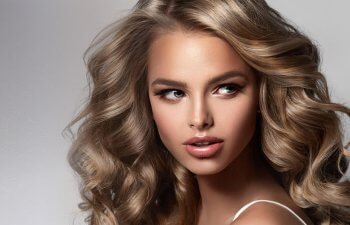 This month, Shuly Wigs commemorates Women’s History Month with a bit of history you may not know. Congress made a declaration in 1987 officially designating March as Women’s History Month. Women make a significant contribution to history every day of the year, and this year is definitely no exception, so why specifically March?

Going Back a Little

It began in the early 20th century with a day acknowledging women internationally. Since 1911, International Women’s Day, which is celebrated March 8, was observed in some way and officially recognized by the United Nations in 1977.

In the 70s Women’s History Week developed and was celebrated by local groups and municipalities. The popularity of the movement, especially an event in Santa Rosa California, encouraged women to lobby for a more formal observance. The 1978 California event was organized by the Education Task Force of the Sonoma County Commission on the Status of Women and received national attention.

By 1980, the importance of the observance reached the White House. President Jimmy Carter designated the first official National Women’s History Week. That year it began on March 8. The achievements of women were celebrated during the week. But that was not all.

Women’s History Week was also a to time focus on women’s equality and opportunities. It was a time to educate people on the women who made history through their contributions which for so long had gone unnoticed or ignored. This focus on women prompted states to begin declaring the entire month as Women’s History Month. It became a celebrated month nationally when in 1987 Congress made it official.

Today, Women’s History Month is celebrated in the United States, Australia and the United Kingdom. In Canada it is celebrated in October. Women have contributed substantially to history in so many aspects. In 2021, women continue to inspire, encourage and motivate one another to strive for more. And there is still so much more to be done for women and their hair.

The Invisible Battle for Natural Hair

For many people, a woman’s hair is recognized as her “crowning glory.” There are several citations regarding the origins of the phrase, but one thing is clear – women’s hair has always been a personal identifying trait. Like it or not, our hair has been a way that we become categorized, judged and classified.

We all know about the Suffragettes and the battle for women to have the right to vote. What may not be so well known is the battle for a woman’s right to wear her hair the way she pleases. Today, we see a wide variety of hairstyles in the marketplace and in corporate offices, but it was not always that way.

The long flowing hair of the 60s and early seventies identified certain individuals as “hippies” and therefore anti-establishment. The natural hair of Africans and African Americans in this country has always been problematic, especially in the work arena. Women were fired for insisting on wearing their hair in its natural state rather than treating it with chemicals or heat.

For black women, wearing the hair they were born with became a symbol against the status quo. Consequently, at a very early age for decades, little black girls and black women of all ages had to subject their hair to harsh chemicals and hot combs because their natural hair was deemed inappropriate.

In September of 2020, California was the first state to pass the CROWN Act. CROWN is an acronym for Create a Respectful and Open Workplace for Natural Hair. The CROWN Act prohibits discrimination based on hair style and texture. Other states have adopted similar versions of this bill.

Shuly Wigs honors your right to have your crowning glory be what you desire it to be. We offer a wide selection of natural human hair wigs and toppers so you can achieve the look you desire. Contact us today to speak with one of our stylists.

Posted on behalf of Shuly Wigs

Hi Shuly Wigs, I just want to tell you your headband to wear under your wig is an awesome product. I have been wearing wigs for years, and my scalp needed a rest from clips. Your product really works! If I ever visit New York, I will be sure to check your wigs out. Thanks, Linda Tennies, Colorodo

Gorgeous Sheitel I live in Utah, which is nowhere close to Shuly Wigs (New York) but I’ve always wanted a Shuly. So I was nervous to order one over the phone because I wasn't able to see it in person 1st but I went ahead and ordered one anyway. The store workers were very helpful with me in getting the exact sheitel that I wanted. It came in the mail today and I couldn't be happier. It is exactly what I had specified! Ashley Hadley, Lindon Utah

Hi! The wig is absolutely stunning!!! When I showed my husband how it looked, with the length being so long and beautiful, he said "Who are you and what did you do with my wife?" it was really funny. I'm having curls put in, so as soon as I get it back I will make sure to take a picture and send it. Thanks a million!! You're the best! Have a great Shabbos, Z.G., New York

*Lace Wigs Are Not Included*